I recently had a conversation with a colleague of mine at a company where I’m currently consulting.  We’ve been trying to bootstrap a collection of projects using an agile development process and associated software craftsmanship behaviors.   We have had mixed success to date.  Frustrated with the progress, my colleague asked me to enumerate what I felt were the success factors on the WestlawNext project that I had recently participated on.

I worked at Thomson Reuters from January 2008 to August 2010, during the initial releases of the WestlawNext project.  I was with the project from the beginning of its software development; the product development group had been working on the inception of the WestlawNext project for a couple of years prior.  WestlawNext was a very large project.  Hundreds of people were involved and millions of dollars were spent to build the next generation legal and regulatory research tool.  A lot was riding on this product.  It had to be a success—there was no option for failure.   The following themes are what I feel made this project a success.

Now that I’ve had time to ponder my WestlawNext experience from afar, I think the number one reason for its success was attitude.  This was an audacious effort to build a new legal research tool in two years time with the number of people involved using an agile software development process.

But from the very beginning, a “can-do” attitude was instilled in the group that we would succeed.  We were going to “knock the ball out of the park” with this product.  There was never a thought that this thing might fail.  Many concerted efforts were made to continually propagate this attitude throughout the participants of the project.  Project tee-shirts, baseball trading cards, raffles, and summer socials were utilized to promote this team spirit.  This infectious attitude allowed us to overcome obstacles that would probably derail other projects.  People were willing to take responsibility for their work and put in the effort over and above the call of duty time and time again.

We were extremely lucky to be able to co-locate almost everyone on the project in three areas of the Thomson Reuters facility in Eagan.  When I mean everyone, I mean business people, vice presidents, directors, testers, designers, managers, coaches, and software developers.  This is one of a few places that I have consulted that have had the luxury of co-locating people in common areas.

WestlawNext benefited from strong leadership that what 100% dedicated to the project.  No other obligations—they were focused solely on the development on the new product.  Our leaders were also quite familiar with agile software development process.  Some of them had come from other agile projects, both within the company and from outside.  They didn’t have to start from square one and many already knew the key behaviors of the process.  A few of them were software developers at one time (or still are). This is refreshing from a developer’s point of view.  They understand what it takes to build software; they’ve been in the trenches.

There is one moment in particular that I am very fond of.  I was working on a tough networking issue with some .NET code that we had provided another group.  We were throwing spurious socket closed exceptions, but it didn’t happen all the time and it seemed to occur only when the server load increased.  Our senior director, one of our leaders, was helping triage the issue and participating in our root cause analysis.  This senior director had technical chops and was quite proficient at network analysis.  He rolled up his sleeves and got right in and loved being able to help solve the issue.  We did solve the issue; it turned out to be tied to a deprecated thread-local storage API in .NET.  That leader earned a ton of my respect that day.

Testing is paramount to building a quality software product.  The WestlawNext project embraced testing like I have never seen before in my career.  We evolved our designs with unit testing.  We used integration testing to ensure that software components were wired together correctly.  Acceptance testing ensured that features did not regress in future iterations of development.  Load and performance testing was continuously run in an effort to tune the overall product.  Beta testers were allowed to play with the software well in advance of its initial release date, ensuring that it satisfied the customer.

All of this testing allowed us to build tight feedback loops, giving us near-instantaneous data on the health of our growing and evolving product.  The suites of tests infused confidence within the project group; we knew exactly how the software performed at specific load levels.  I cannot fathom working on a software development project that does not fully embrace the aforementioned levels of testing.

In conclusion, I’m starting to realize that the WestlawNext project may have been one of those rare moments where everything came together in near perfect harmony to produce a great product.  As I have moved on from Thomson Reuters, I yearn to replicate a similar experience at my other clients.  My current engagement only reinforces the fact that every software development project takes a different path to success, and some may never make it to the end.

Photos and video from today's Test Driven class at DevJam U. 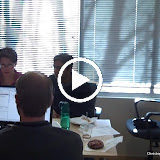